“For every inch of Forward Head Posture, it can increase the weight of the head on the spine by an additional 10 pounds.” -Kapandji, Physiology of Joints, Vol. 3 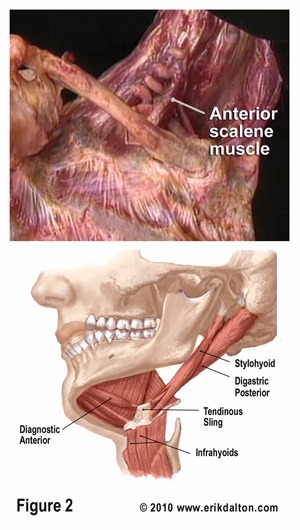 It’s not uncommon to have clients walk into your office sporting a 12 pound head that’s migrated three inches forward of their shoulders. You know prior to palpation that their cervical extensors (semispinalis, splenii, longissimus and upper traps) are in a losing battle attempting to isometrically restrain 42 pounds against the unrelenting force of gravity (Figure 1).

Rene Cailliet M.D., former director of the department of physical medicine and rehabilitation at the University of Southern California wrote: 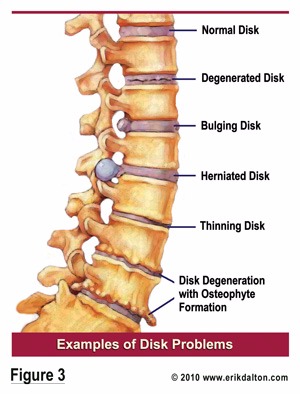 In fact, the January, 2004 issue of the American Journal of Pain Management reported on the relationship of poor posture and chronic pain conditions including low back pain, neck related headaches, and stress-related illnesses. “The extra pressure imposed on the neck from poor posture flattens the normal cervical curve resulting in abnormal strain on muscles, ligaments, fascia and bones.”2

It appears posture impacts and modulates all bodily functions from breathing to hormonal production. Spinal pain, headache, mood, blood pressure, pulse and lung capacity are among the many conditions influenced by faulty posture.

“90% of the stimulation and nutrition to the brain is generated by the movement of the spine” Dr. Roger Sperry, (Nobel Prize Recipient for Brain Research)

Additionally, Dr Roger Sperry demonstrated that 90% of the brain’s energy output is used in relating the physical body to gravity. Only 10% has to do with thinking, metabolism, and healing.4

Consequently, a FHP will cause the brain to rob energy from thinking, metabolism, and immune function to deal with abnormal gravity/posture relationships and processing. The March 2000 Mayo Clinic Health Letter expounded on Sperry’s findings by reporting that prolonged FHP also leads to “myospasm, disc herniations, arthritis and pinched nerves.” Degenerative neck pain goes hand-in-hand with balance problems especially in the elderly. Sensitive cervical spine mechanoreceptors govern the body’s ability to balance and must be perfectly coordinated with the inner ear’s vestibular balance system to stabilize equilibrium in both static posture and gait. Keeping the eyes looking forward is a basic life-preserving reflex, and as such, dominates nearly all other postural considerations. Proprioceptive signals from the first 4 cervical vertebrae are a major source of stimuli for regulating the body’s pain-controlling chemicals (endorphins). FHP dramatically reduces endorphin production by limiting the cervical spine’s range of motion. Inadequate endorphin production up-regulates the central nervous system causing non painful sensations to be experienced as pain. Figure 4 shows a couple of good mobilization techniques to restore joint-play to upper cervical fixated facets.

Through cadaver studies, Dr. Breig demonstrated that neck flexion could stretch the spinal cord 5-7 cm causing tensioning of the meninges (covering of the brain and spinal cord) and elicit measurable pressure on brain-stem nuclei (nerve control centers) which control all basic life functions. The increased compression led to dysregulation of basic metabolic control functions. Recall that the spinal cord is actually only “tethered” to the bony skeleton in the upper cervical and lowest sacral areas (top and bottom ends of the spine). In between these polar attachments, the spinal cord is relatively free to move up and down. Free-floating mobility of the cord is essential in allowing bending and twisting of our bodies. Anything that reduces that freedom, i.e., exaggerated or flattened spinal curves, dural impingement, etc. increases cord and brain stem tension. Increased tensile stress on the cord and brain stem not only interferes with the control of basic body processes such as breathing and motor control but in cases of dural impingement, may encourage painful cervical radiculopathies. 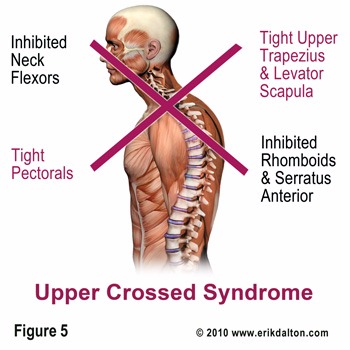 Correction of Upper Crossed neck posture is key to stopping and possibly reversing decay, degenerative changes and pain from headaches, rib dysfunction, TMJ, and Dowager’s Humps …but it takes time and a concerted effort to repair the damage caused by faulty neck posture.

The following traits are often seen in those presenting with Upper Crossed Syndrome:

Often seen as a structurally subtle body segment, the neck is burdened with the challenging task of supporting and moving the human head. Because of tension, trauma and poor postural habits inherent in today’s workplace, it comes as no surprise that head-on-neck and neck-on-thorax disorders rank high among the most common pain generators driving people into bodywork practices. When spinal tissues are exposed to continued compression, they deform and go through a transformation that can become permanent. Correction of Upper Crossed neck posture is key to stopping and reversing degenerative joint disease and pain from headaches, rib dysfunction, TMJ, and Dowager’s Humps. English philosopher Bertrand Russell once stated, “A physical system expresses its energy through function”. Any loss of function sets off reactions within the body’s open, dynamic system which manifests as structural abnormalities…and vice-versa. When treating functional problems such as loss of joint play, therapists must look beyond the symptoms and the artificial dividing of the body into systems and treat the whole.