The Impact of Slouched Posture: A Chiropractor’s perspective.

We’re sitting more often and in most cases, longer. Whether it’s during leisure or work activities, sitting and proper posture appears to be a major factor to consider in the treatment of musculoskeletal conditions that present to our office.

How many times have your patients acknowledged during the examination, “It’s probably my bad posture”? But what exactly is bad posture? Let’s focus on several aspects of bad posture: whether bad posture actually contributes to musculoskeletal issues, the global and local effects of bad posture, and why addressing sitting posture should become an integral part of your overall treatment strategy.

Improper sitting has long been seen as a cause of musculoskeletal conditions, whether during leisure or work activities. However, some studies question whether sitting actually leads to such things as low back pain. A systematic review by Roffey, et al. (2010) did not find any high-quality studies that establish causality between occupational sitting and low back pain.1 A systematic review by Chen, et al. (2009) found no correlation between a sedentary lifestyle and low back pain.2 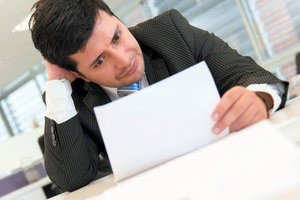 When we discuss “proper posture,” what does that actually mean? It’s commonly defined as the ability to maintain a neutral lordosis position. In order to assess the loads placed on a spine during various positions, Rohlmann, et al. (2011) looked at various seating positions.4 They found the implant force increased 48 percent for 15 degrees flexion and decreased 19 percent for 10 degrees extension of the trunk. Placing the hands on the thighs reduced the loads by 19 percent, on average, compared to having arms hanging at the sides. Another study by Dreischarf, et al. (2010) also found that reduced spinal load during sitting can be achieved by supporting the upper body with the arms.5

Sitting has been associated with a substantial decrease in lumbar lordosis and pelvic measures. A study by De Carvalho, et al. (2010) compared lumbar spine and pelvic posture between standing and sitting via radiologic investigation. Lumbar lordosis and sacral inclination decreased by 43 and 44 degrees, respectively.6 This shows that with respect to sitting posture, to goal should be to maintain or prevent a reduction of the lumbar lordosis.

Another study looked at the effects of forward head posture (FHP) on muscle activity. Significant increases in EMG activity of the upper and lower trapezius, and decreased EMG activity of the serratus anterior, were found during loaded isometric shoulder flexion with FHP.8

Studies are showing a trend toward addressing neck postures through thoracolumbar spine postural adjustments. A study by Caneiro, et al. (2010) showed that slumped sitting was associated with greater head / neck flexion, and increased muscle activity of the cervical erector spinae.9 Adjustments to seat angle and lumbar roll can also significantly effect head and neck posture. A study by Horton, et al. (2010) found that the degree of angulation of the backrest support of an office chair, plus the addition of a lumbar roll support, are the two most important seat factors that will benefit head and neck postural alignment.10

Sitting posture also has impact on the shoulder joint. A study by Bullock, et al. (2005) looked at how sitting posture can affect range of motion and pain for those with shoulder impingement.11 An erect posture appeared to increase active shoulder flexion, although there was no difference in shoulder pain between an erect and slouched posture.

So far, we’ve seen how a decrease in lumbar lordosis can impact distal areas of the spine. However, what detrimental effects does a slouched posture position have locally? Repeated forward flexion at the spine can contribute to impaired reflex activation of the back muscles. Prolonged forward-flexed positions can impair sensorimotor control mechanisms and is mainly due to time-dependent “creep” in soft tissues, rather than muscle fatigue.14 Therefore, limiting prolonged forward flexion of the spine is important in helping to maintain proper posture.

Another interesting question to ask is whether the joints of the lumbar spine are fully flexed in a seated posture. A recent study by Dunk, et al. (2009), out of the University of Waterloo, evaluated whether the intervertebral joints of the lumbosacral spine approach their end ranges of motion in a seated posture.15 In upright sitting, the L5-S1 intervertebral joint was flexed to more than 60 percent of its total range of motion. In a slouched posture, each of the lower three intervertebral joints approached their total flexion angles. This shows an increased loading of the passive tissues (time-dependent “creep”), which may contribute to low back pain from prolonged sitting.

Slouched position also has an impact on the thickness of the transverses abdominis (TrA), which is important in spinal stability. A study by Reeve, et al. (2009) assessed the thickness of the TrA in various postural positions. Thickness was significantly greater in standing and erect sitting than in a slouched or sway-back standing position.16 The authors concluded that lumbopelvic neutral postures have a positive influence on spinal stability compared to equivalent poor postures.

A study by Claus, et al. (2009) looked at the effect of various postures on regional muscle activity.17 For the deep and superficial fibers of lumbar multifidus muscles, the least muscle activity occurred during a flat posture, which was similar to a slump posture. The most activity occurred in a short lordosis position; there was also more activity in the obliquus internus.

Proprioception, in the form of lumbar spine reposition sense, is also affected by a slouched posture. A study by Dolan, et al. (2006) provided evidence that a slouched posture of 5 minutes’ duration can increase reposition error.18 Proprioceptive control is known to be valuable in spinal stability. The fact that reposition error can occur within as little as 5 minutes of “slouched” posture suggests the importance of postural education in decreasing proprioceptive loss and injury.

This overview of the literature shows that we need to actively address our patients’ sitting postures, whether they complain of neck, shoulder or low back pain. Patient education also needs to stress the ability to target the two main culprits in the onset of musculoskeletal pain: prolonged static sitting and decreased lumbar lordosis. Understanding that a slouched posture can have an impact on the passive structures of the spine, in addition to negative effects on proprioception, should help us develop the right treatment strategies for patients presenting with a slouched sitting posture.